Eric served as a Patent Examiner with the USPTO where he examined 300 patent applications, went to the Board of Appeals 26 times, and conducted Examiner initiated re-examinations. Eric also served as in-house Chief IP Counsel where he worked with inventors on a daily basis, managed a high volume of domestic and international patent, trademark, and trade secret portfolios, and performed analysis of patent portfolios during mergers and acquisition due diligence.

Prior to law, Eric was a financial software developer in COBOL, Java, C++, Oracle and SAP software at Hewlett Packard. He also worked as an accountant estimating potential litigation damages. 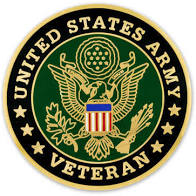 We are committed to protecting our clients and providing clear, honest information.

Contact us today and experience the difference "straight answers" can make.